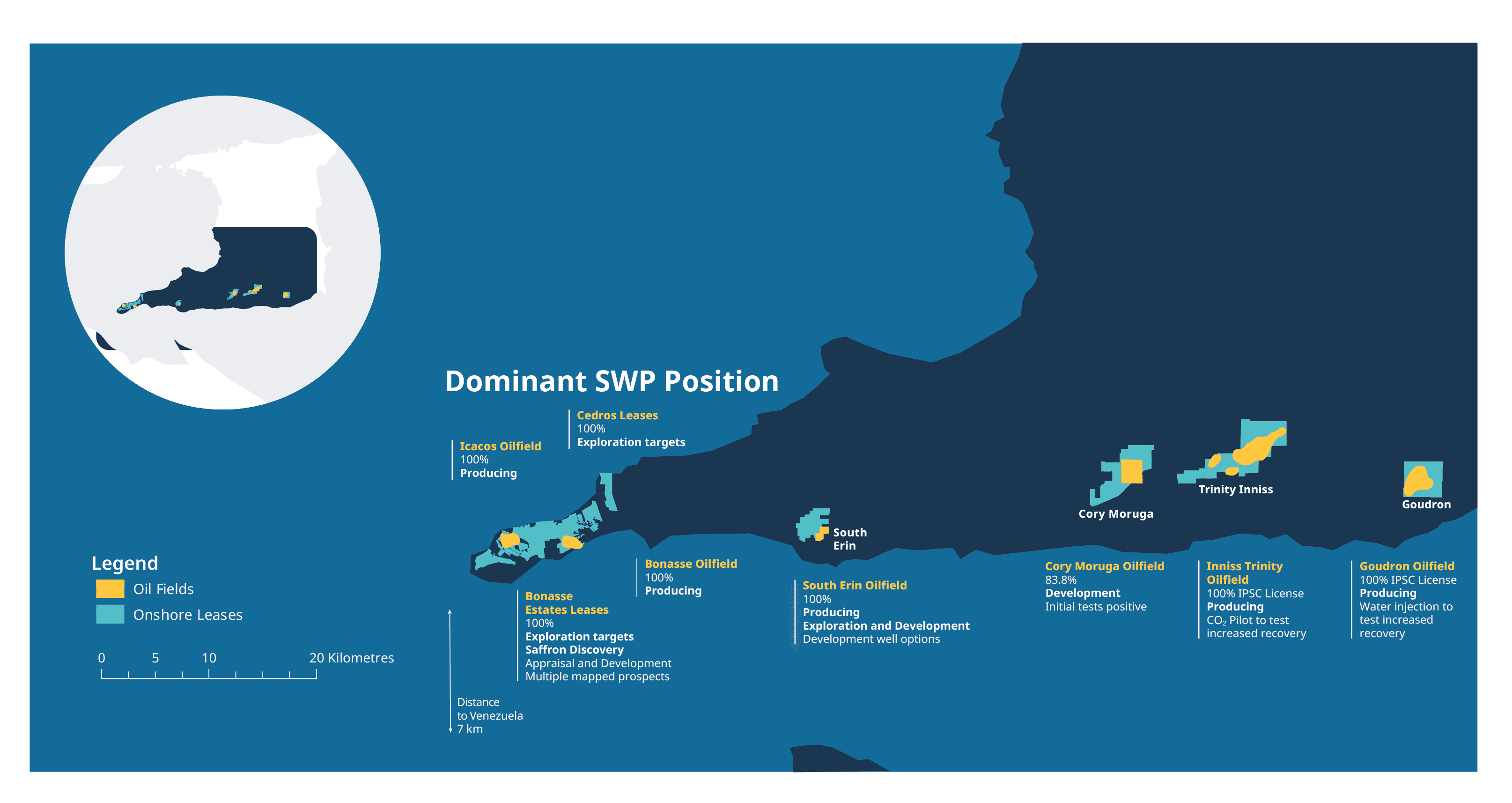 In January 2020, drilling and testing of the Saffron well in the SWP was completed. Oil was discovered in the Lower and Middle Cruse portions with 2,363 ft of gross sands with six reservoir intervals of interest with a 47% net/gross ratio.

In addition, the Company has a number of drill-ready prospects in SWP and targets to carry out exploration drilling on the initial shortlisted prospects following the reinterpretation of 3D seismic reprocessing.

In Trinidad and Tobago, Challenger Energy has a portfolio of assets across the life cycle of the E&P, focussed on the following value-driven activities: